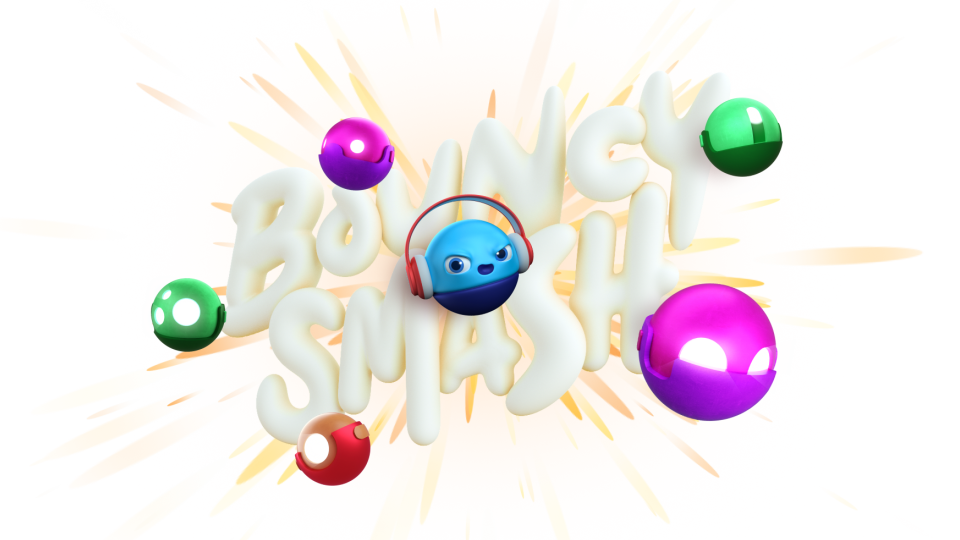 Bouncy Smash is the culmination of a lifetime love of games. In the gameplay, you’ll recognize the early life influences of classics Super Mario Bros. and Donkey Kong. As you keep playing, you’ll feel aesthetics and mechanics reminiscent of mobile hits like Downwell, Alto’s Adventure, and Monument Valley. Digging even deeper, you’ll discover the imprint of the console shooters that carried us through early adulthood such as Halo and Destiny (titan smash anyone?).

Bouncy Smash is a mobile game for anyone who loves games. It’s for the casual gamer, with a depth that any hard core gamer will love. It’s a game that will take you on a journey of nostalgia and remind you why you love games.

To say Bouncy Smash is a labor of love might be an understatement. Creative director Zac Dixon coded, largely in his free time, Bouncy Smash from the ground up three times on three different game engines. Following fully-functioning prototypes built on SpriteKit and Cocos2D, Zac discovered a game engine that could bring his vision to life—Unity.

Founded in 2012 by Zac Dixon and Samuel Cowden and based in Nashville, TN, IV exists primarily as a commercial animation studio working with clients like Netflix, Amazon, Bad Robot, and Reddit. IV received a Vimeo Staff Pick for their animated short film Solus and previously built an app for finding local’s favorite places to eat and drink.

“We looked at all the talented individuals who worked alongside us at IV and wondered what we could create outside of commercial animation—a mobile game seemed like the perfect fit.” - Samuel Cowden, Executive Producer

“I’ve always wanted to make a video game since the early days of messing around with GameMaker in my parents basement in middle school. The mobile platform presents some very unique challenges, and I wanted to bring the high intensity feeling of an action/survival game to the platform in way no one has ever seen before.” - Zac Dixon, Creative Director

“As a first time game developer, literally everything is a challenge because it’s all new. The smallest of tasks could take a few minutes, or leave you stuck for weeks. I learned C# from the ground up to create this game, so there were a lot of hurdles learning the syntax, but it took 3 tries building the game before I really understand how to structure it all behind the scenes.” - Zac Dixon, Creative Director